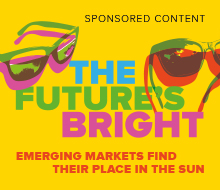 The Securities and Exchange Commission (SEC) has requested information from Allianz Global Investors with regards to the firm’s embattled Structure Alpha funds, which are also the subject of a lawsuit from the Arkansas Teacher Retirement System (ATRS).

The regulator’s request was revealed by Institutional Investor after Allianz disclosed the fact in the fine print of its interim report for first six months of 2020.

Under the heading ‘litigation’ the report reads:

‘In July 2020, complaints were filed against AllianzGI… in connection with losses suffered by investors in AllianzGI’s Structured Alpha funds during the Covid-19-related market downturn. Allianz expects that other investors in such AllianzGI funds may bring similar actions.‘Allianz is currently reviewing the complaints and intends to defend vigorously against the allegations therein, which Allianz believes to be legally and factually flawed. AllianzGI U.S. has also received a related information request from the SEC regarding AllianzGI’s Structured Alpha funds, and is fully cooperating with the SEC.’

In late July, ATRS filed a legal complaint to the United States District Court for the Southern District of New York seeking to recover losses from its investment in a series of the Structured Alpha strategies.

According to Institutional Investor, other pension plans have now taken similar action. You can read that story in full here.

These funds aim to replicate the performance of certain equity indices plus a given percentage of outperformance delivered by an options strategy, which also aimed to offer protection in the event of a market downturn.

According to the Wall Street Journal, ATRS said it had lost $774m from its investment in the three funds by mid-March, after which it sold out of its allocation.

‘The complaint alleges that Allianz deviated dramatically from the market-neutral strategy its contracts and fiduciary obligations required it to follow,’ said ATRS and its legal counsel in a statement.

The pension plan alleges that once the funds faced losses in February during the market selloff, AllianzGI took a series of actions that went against the risk-management principles and investment strategy it had to follow. This in turn led to excessive losses in the funds, according to ATRS.

AllianzGI has refuted this.  In a statement, published in July, it said:

‘The premise of the lawsuit is simply incorrect and without foundation, as the funds in the Structured Alpha portfolio did not diverge from their investment strategy.‘Our own analysis has revealed that the portfolio was at all times managed to its alpha targets and in accordance with its design. While the losses suffered in the portfolio are deeply disappointing, there is no basis for legal liability. AllianzGI intends to defend itself vigorously against these allegations.’