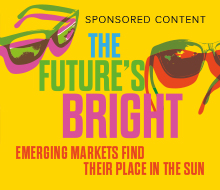 The $2.8bn Chicago-based RIA has acquired the Proper Analysis Corporation, a $350m RIA which operates in the Cleveland suburb of Beachwood, Ohio.

Proper Analysis Corporation is helmed by co-principals William Proper and Greg Goldfeder, who will both join Vivaldi Capital Management. The two specialize in managing money for clients with $5m in assets or more, and also have a proportion of clients in the $2m-$5m range.

The two firms were attracted by their similar investment philosophies, explained Mike Peck, Vivaldi Capital Management’s president and co-CIO. Proper and Goldfeder have a track record of allocating a portion of their clients’ assets to interval funds, tender offer funds and various private alternatives.

‘I think they were a pretty good fit that way, because of their allocations to hedge funds, private equity and real estate through various structures, and they felt that with our background, that’s a very similar investment philosophy and that we’d be a pretty good fit,’ Peck said.

‘We’re not an aggregator platform like a Focus or a Hightower where firms that come on are able to run their own shop and do what they previously had done, but they’re just joining a bigger firm because they believe in that model,’ Peck said. ‘When you join us, for the most part, you become a partner in the business, you really rely on our investment building blocks, which goes over everything from passive equities across to alternatives.’

As a result, the firm attracts advisors who embrace the firm’s investment ideas and prefer to concentrate their day-to-day practice on other areas. Before its purchase of Proper Analysis Corporation – which closed on January 1 – Vivaldi most recently hired Brian Quinn from JP Morgan’s private bank in September of 2019 to open a new office in Los Gatos, Calif.

‘You come in, you get to focus on your clients, you get to build the asset allocations for those clients… you really get to focus on the financial planning with them,’ Peck said. ‘And then we offer a centralized client service, a centralized advisor support team, and an in-house research component… and they’re partners, so it’s not siloed. It’s very team-oriented in terms of even the interactions between one advisor and the next advisor.’